Spring road trip, part II!  We left Memphis in the evening and headed west in to Arkansas.  After the slowest fast food dinner in history (they move at a different pace in the south), we got on the road and ended up in Forest City for the night.  We awoke to a lovely drizzly morning and got back on the road early.  We stopped at a little lake and made breakfast in the RV.  Aside from a few old fishermen down on the dock, we had the place to ourselves.  This is the day I broke out my film camera and started shooting film for the first time in 10 years :) 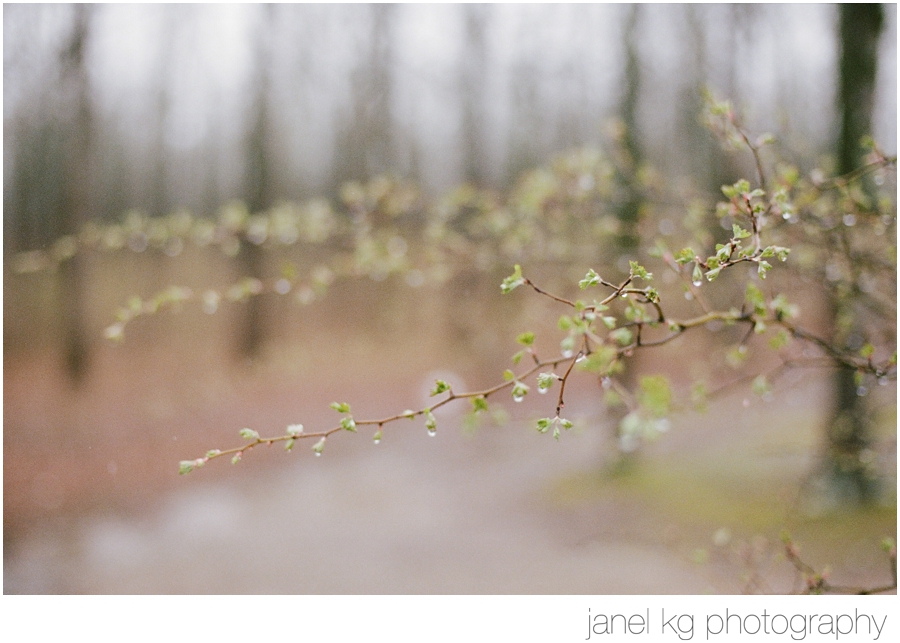 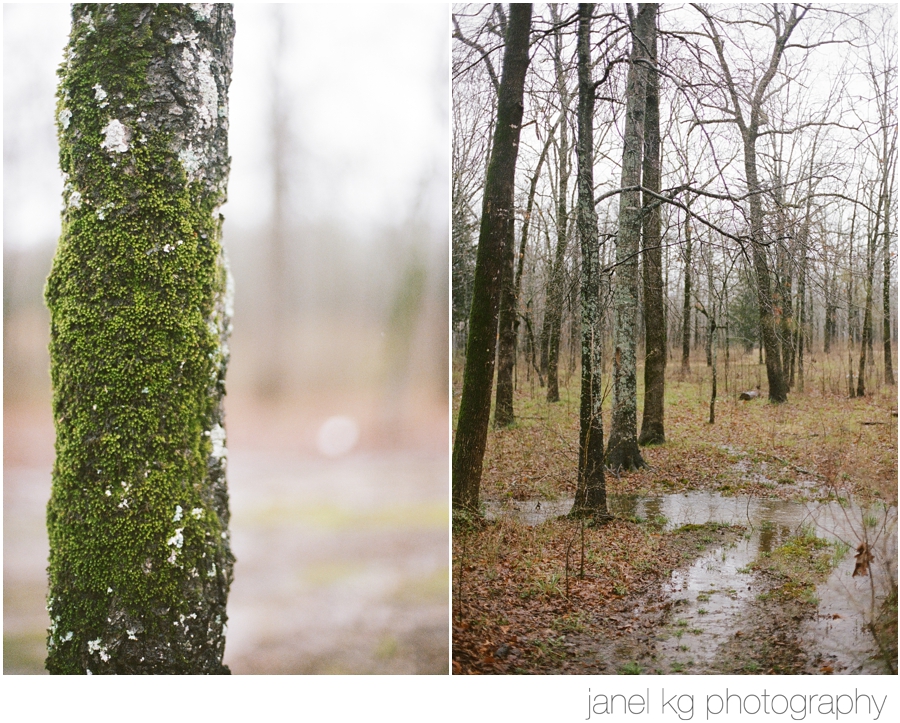 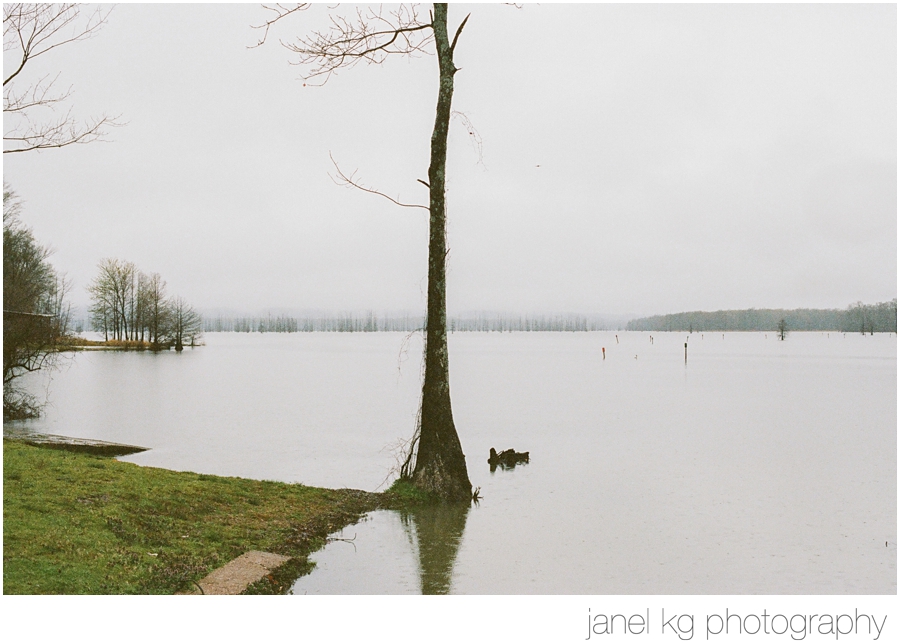 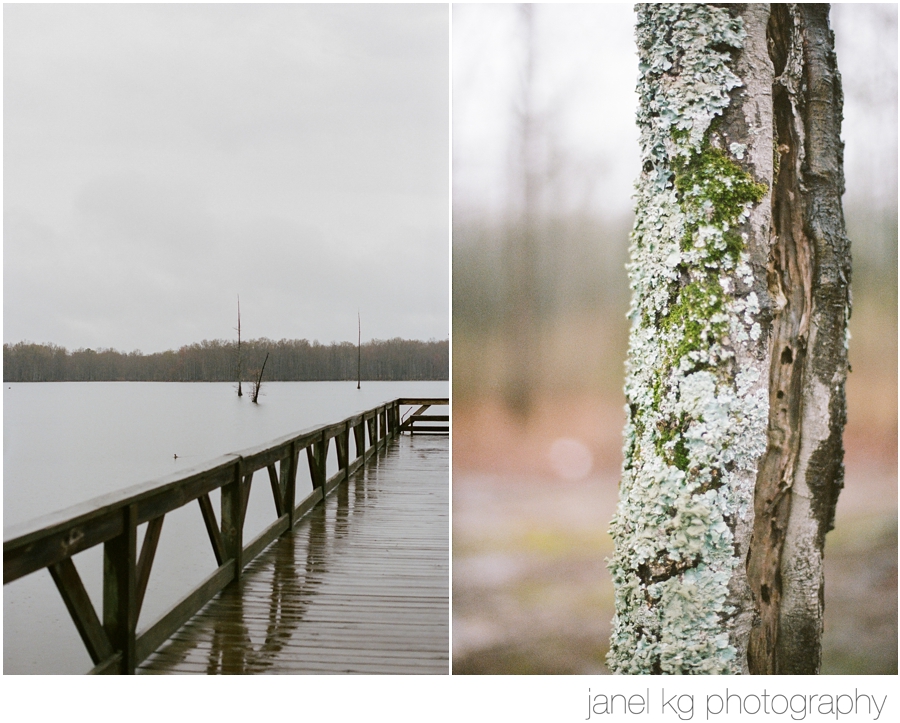 We had decided to cover a lot of miles on this day, so we sped through Arkansas and enjoyed the lush scenery of "The Natural State" through the windows (and smirked at the irony of the churches and Christian billboards competing with the adult superstores that seemed to be at every stop off the highway).

Goodbye, Arkansas... Hello, Oklahoma!  We made but one stop in Oklahoma, so the only photos I took were with my iPhone out the window.  A thunderstorm hit in the late afternoon, which was pretty exciting to watch as we raced against it towards Texas.  In light of what Oklahoma has endured recently, we probably should have been more scared.

Goodbye, Oklahoma... Hello, Texas!  So, we started that day in eastern Arkansas, and ended up in the middle of the Texas panhandle after midnight.  The kids were already asleep by the time we got there. We hooked up and settled in... only to wonder if we were going to be carried away in the night by the wind.  Our RV was rocking so much if felt like we were 4-wheeling instead of parked at our quaint little KOA in Amarillo!  But we woke up the next morning, Easter Sunday, and everything was calm, bunnies were hopping around, and the kids were pretty amazed that the Easter Bunny still found us even though we were away from home :)  We stopped for a hearty breakfast at Ye Olde Pancake Station, home of the "worlds best pancakes", which Sean decided was an overstatement.  Then, of course, we were back on the highway! 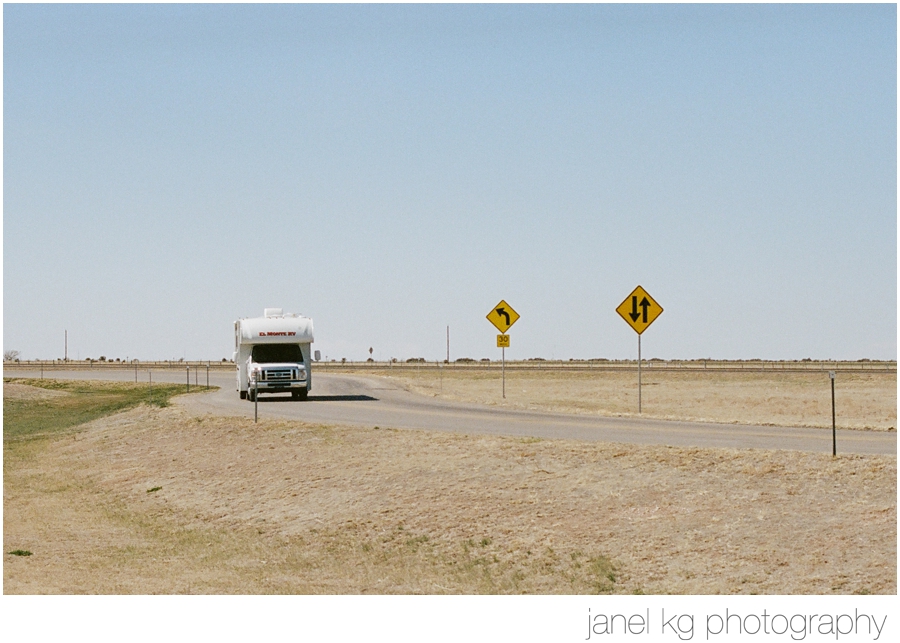 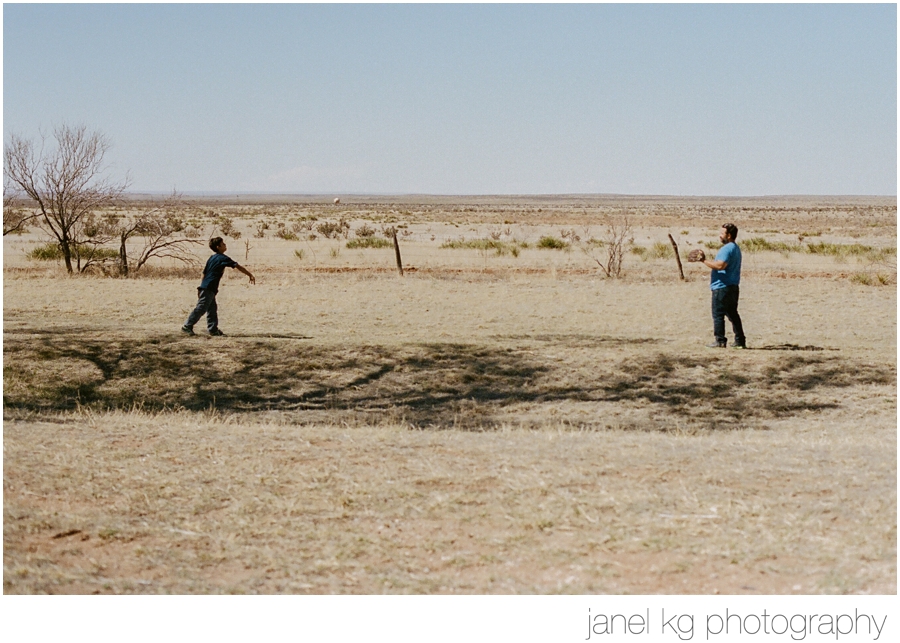 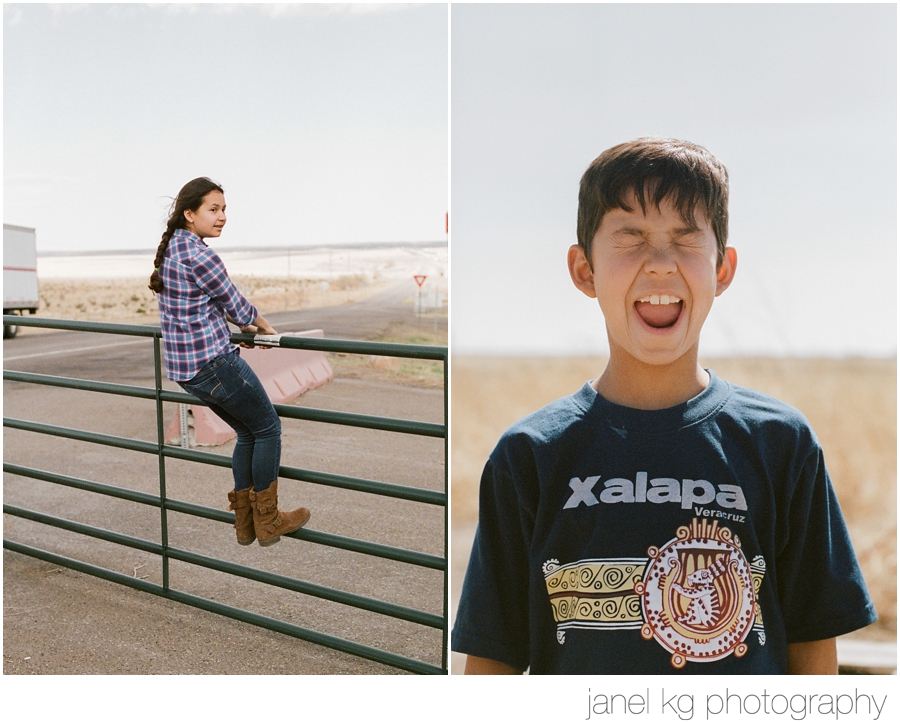 Texas doesn't have a lot to offer in scenery and this photo kind of tells it all:  Flat, dry, cows. 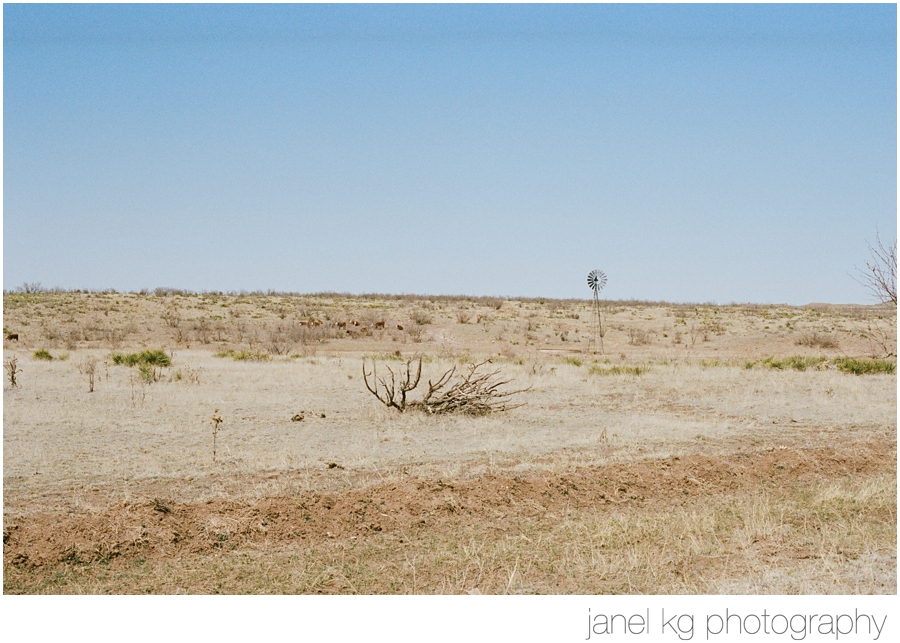 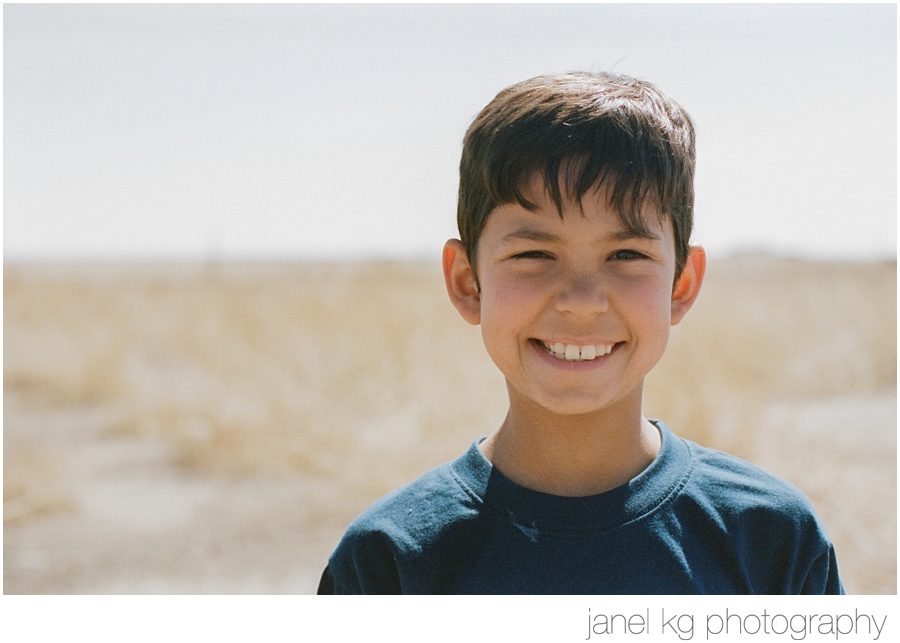 Goodbye, Texas... Hello, New Mexico!  There are so many places I wanted to see in New Mexico, but they weren't on our route and we had no time to spare.  We made a couple of stops, but once again, we mostly experienced it from the road.  I look forward to going back and really being able to visit and explore. 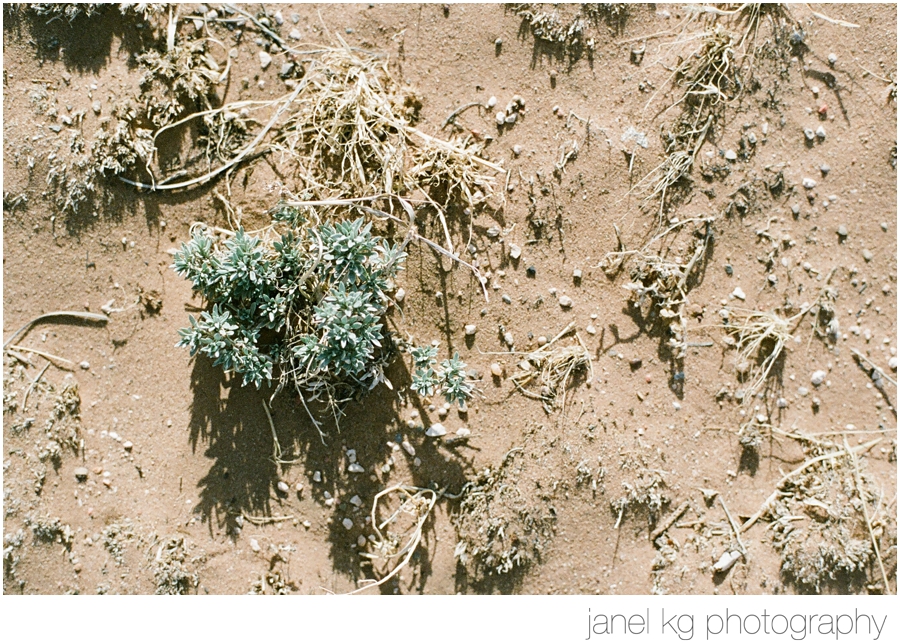 Apparently, the El Rancho Hotel was home to all the big movie stars back in the day when they were filming westerns in the area.  Each room is named after a star that had been a guest there and photos of celebrities adorn the lobby walls. 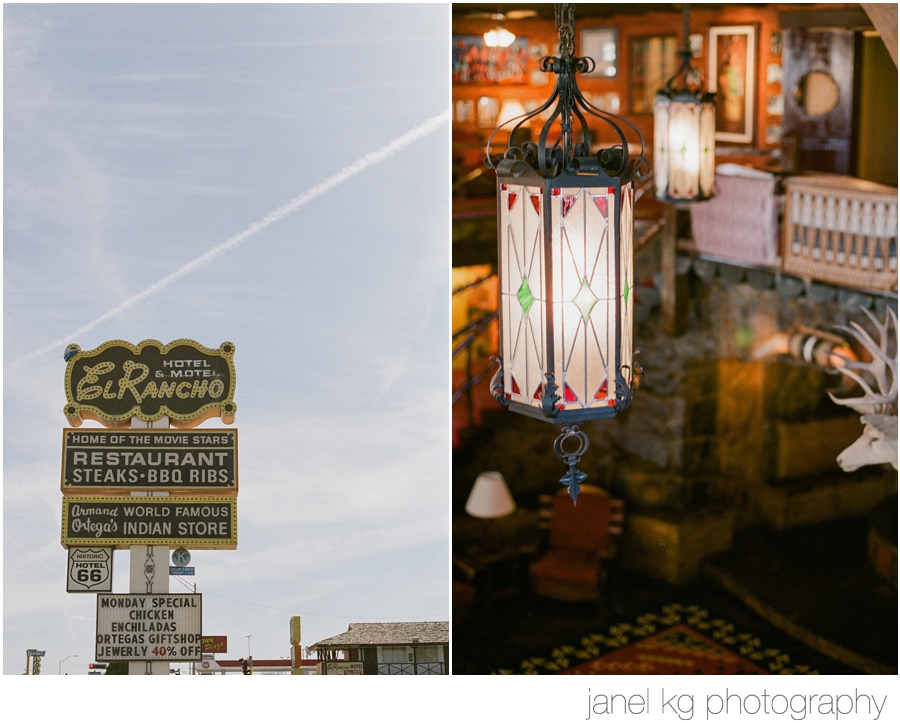 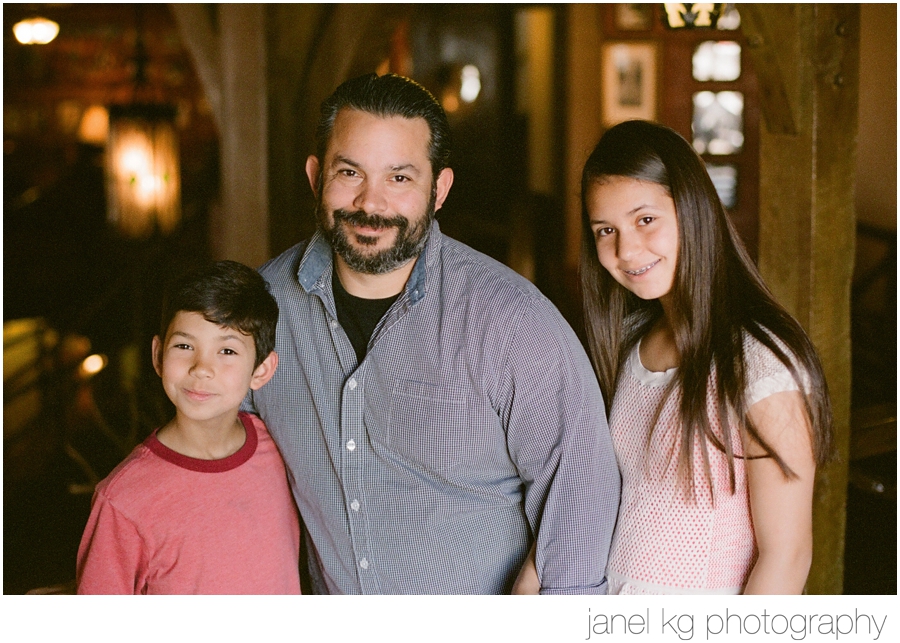 I loooove this photo! 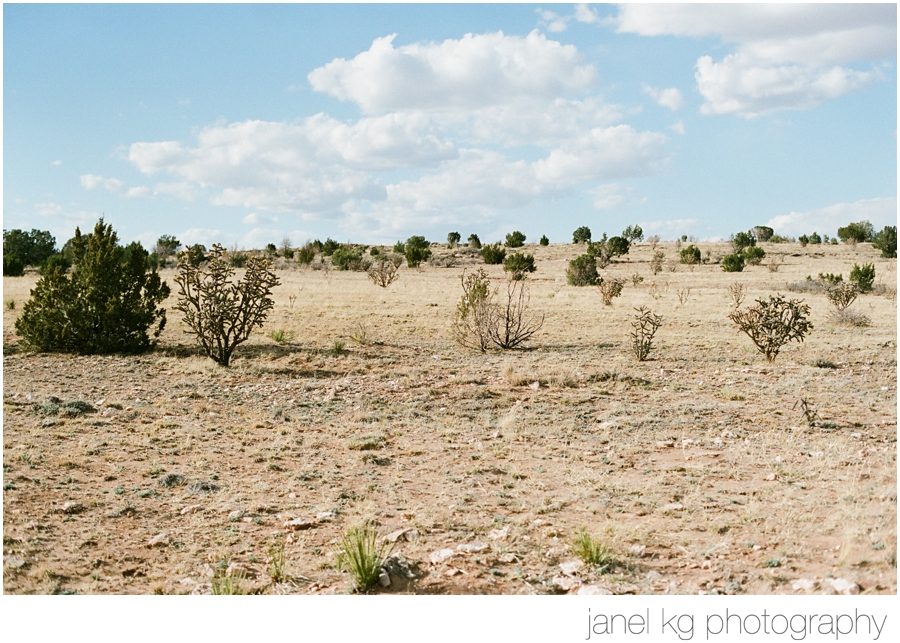 Goodbye, New Mexico... Hello, Arizona!  My grandparents lived in the Phoenix area, and I had visited them every summer, but I had never been to the northern part of the state... My goodness, it was amazing.  We visited the Painted Desert and it was simply breathtaking! 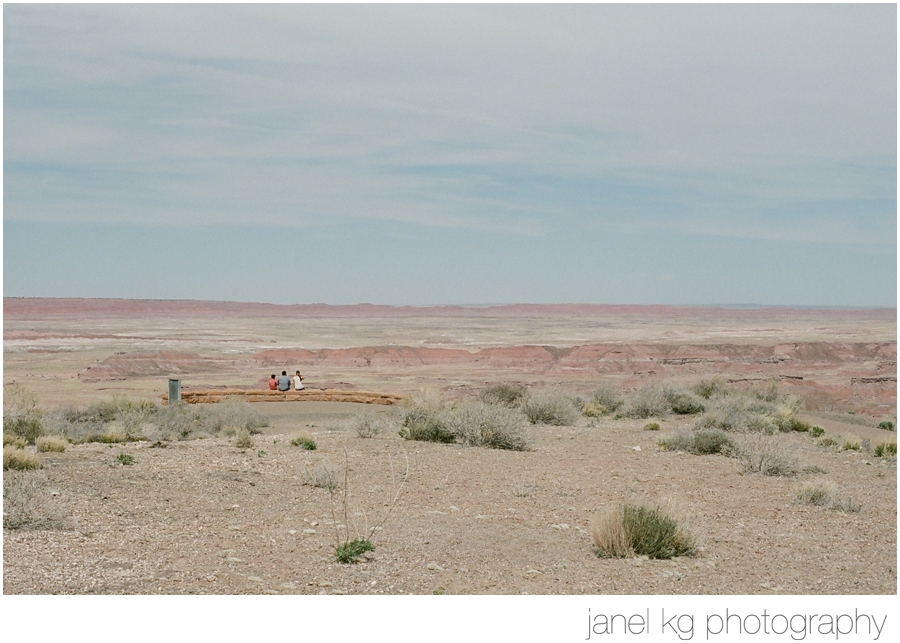 The foundation of an ancient native American village and petroglyphs on the rocks... 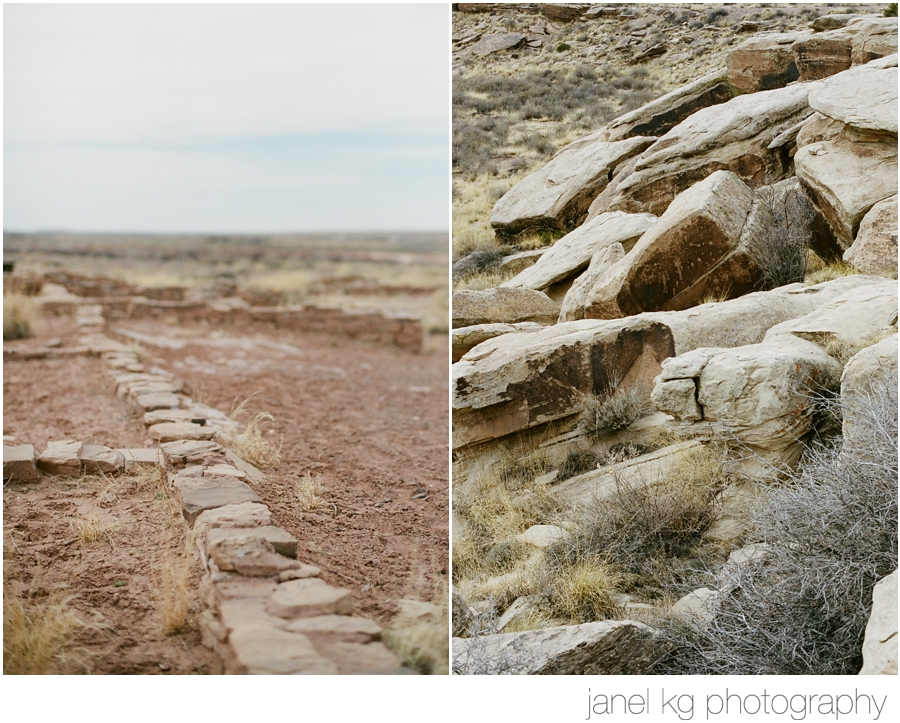 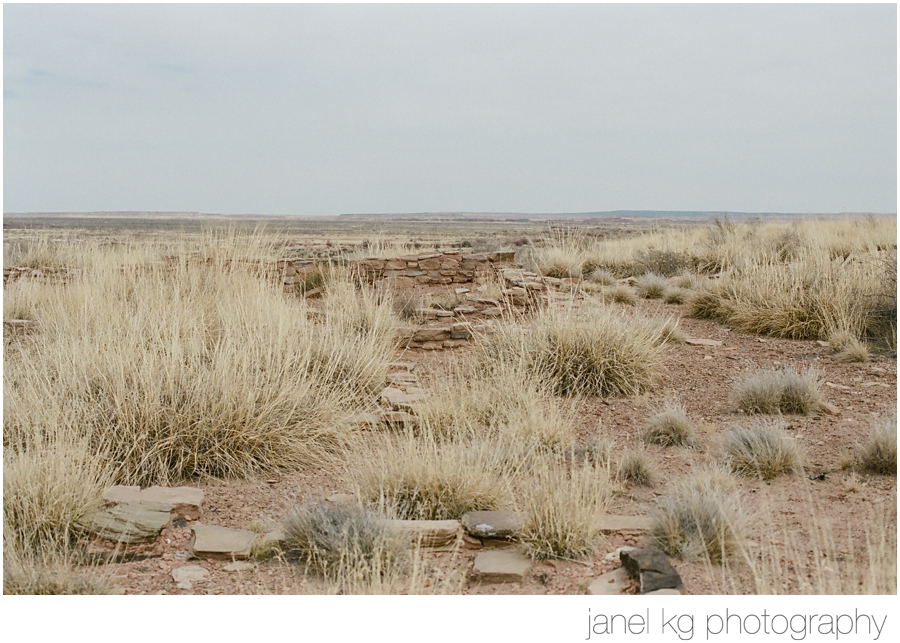 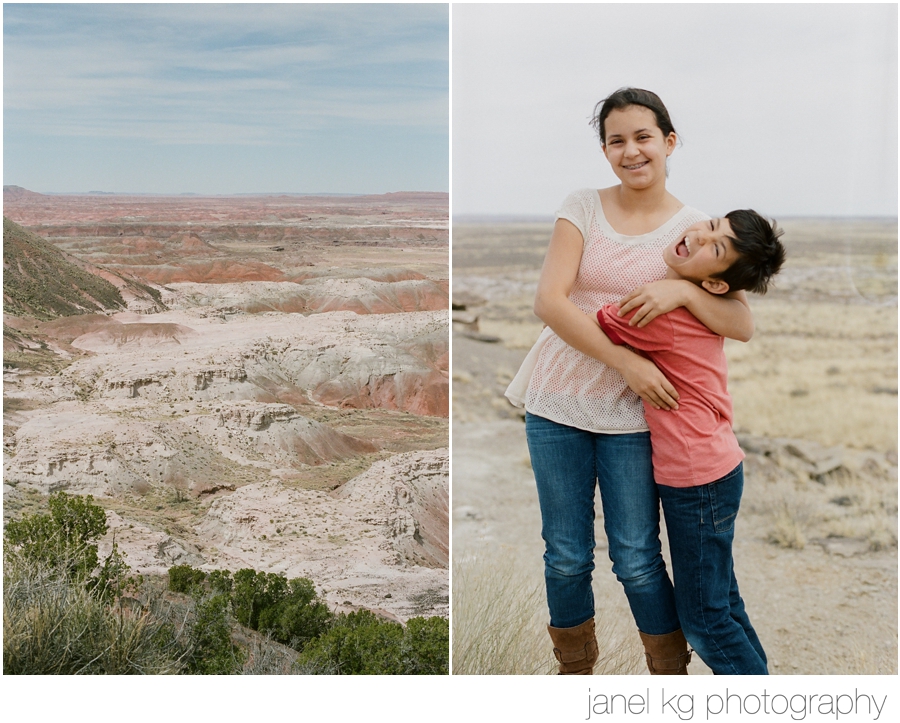 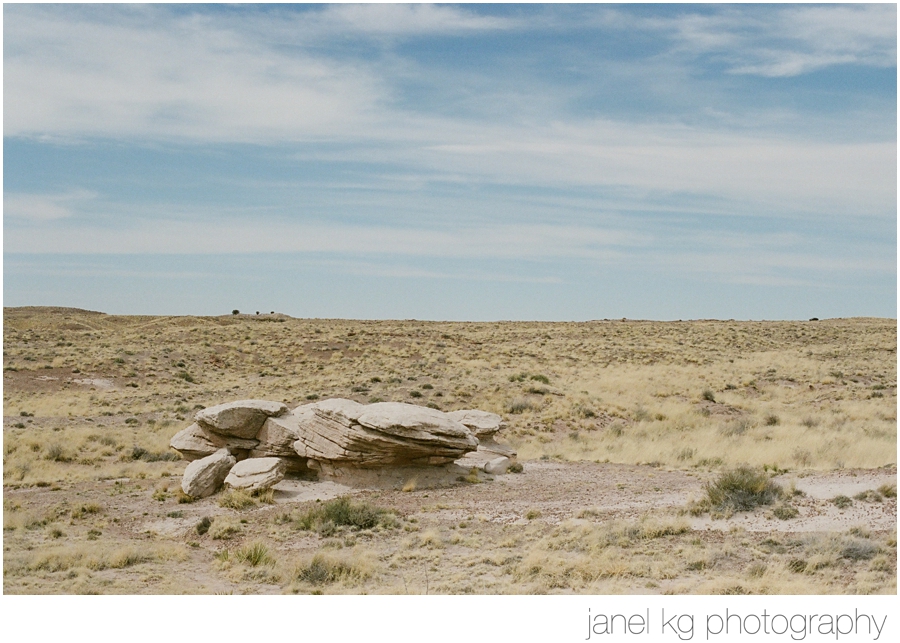 I could've spent all day there, but I can't wait to go again and visit the Petrified Forest, too!  We drove on into Flagstaff for the night and then got an early start the next day to see the Grand Canyon!  I have to admit that while is was awesome and beautiful, I think it wasn't that exciting to me because I knew it would be... It's kinda like when someone tells you, "you have to see this movie!  It's the best movie ever!" and then you see it and you're like, "yep, it was really good", but you don't love it 'cause you were expecting it to be soooo amazing.  Can you imagine how utterly amazed and captivated you'd be if you'd only heard about that Grand Canyon and that it was a huge hole in the earth? 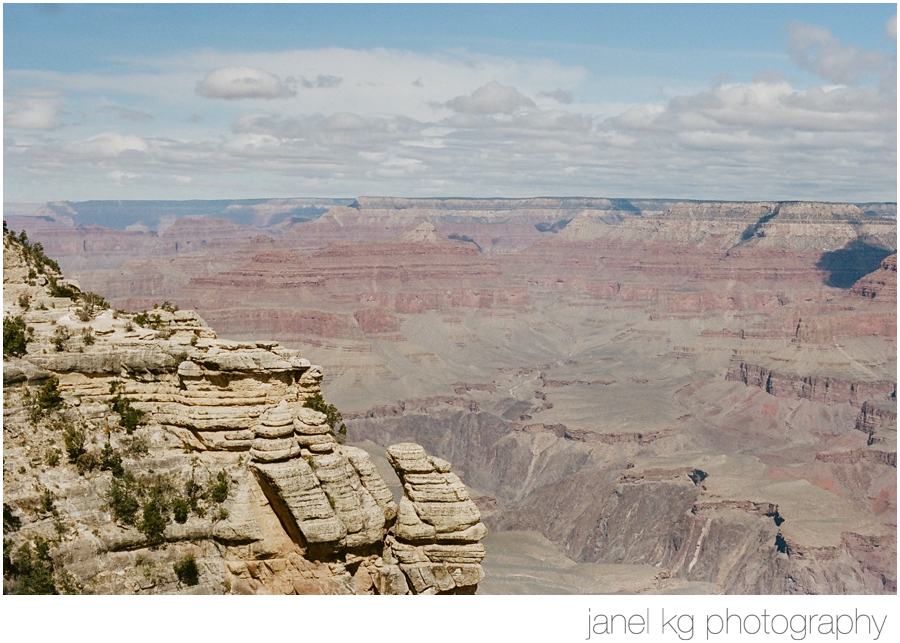 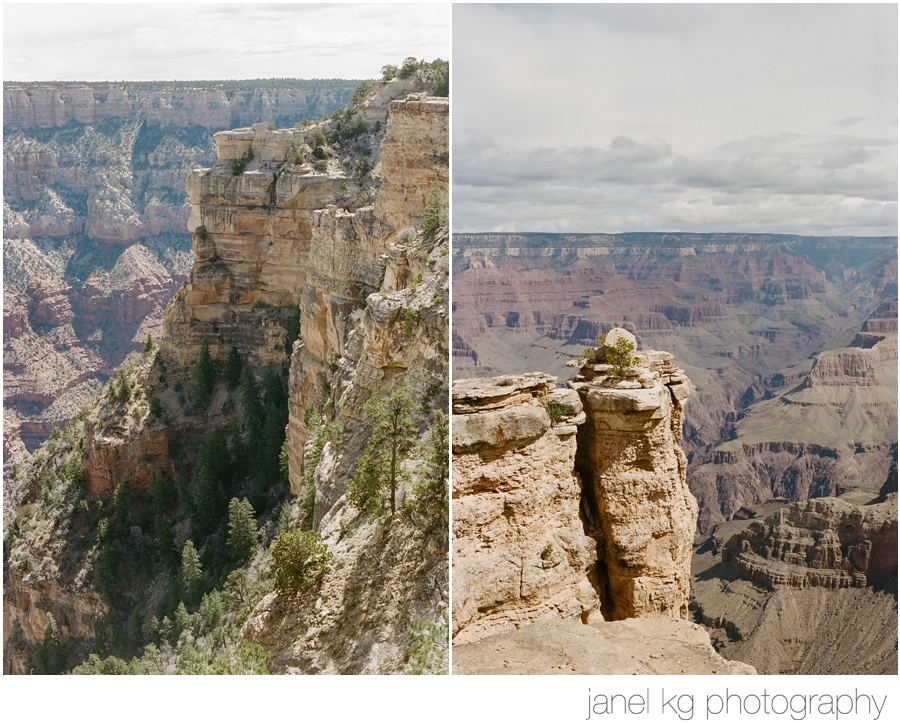 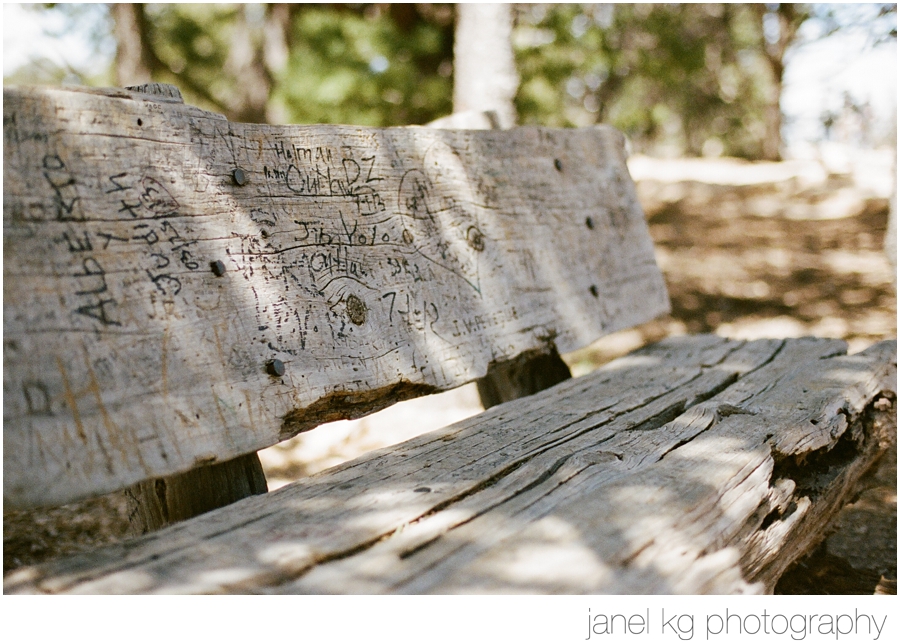 The only family shot from the whole trip :) 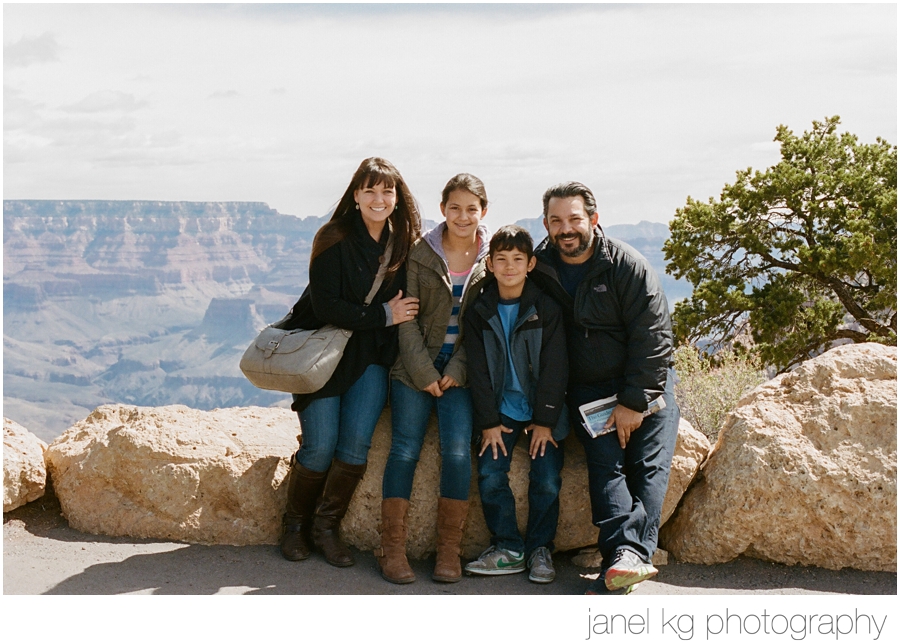 After that, it was goodbye, Arizona and hello, California!  We travelled the entire rest of the trip back to Sacramento in that one day, including a nice little stop in the middle of nowhere (aka Barstow) for dinner.

There couldn't be a prettier time to come back into Sacramento... Early April after a fresh rain.  Everything was fresh and green, pretty and clean :)  We put over 3,000 miles on that RV, between Chicago and Sacramento.  That's a lot.  It was rushed and a little stressful.  But it was also a great adventure for the whole family, and we saw so much!  There are places we'd love to visit again with more time to truly explore and enjoy, and others that we'll simply consider as "been there, done that".  I would totally love another RV trip someday in the future... but with a bigger vehicle and twice the amount of time!