If you have a young boy in your life, chances are you've heard of The Dangerous Book For Boys by Conn and Hal Iggulden.  Released in 2007, it's a sort of compilation of old-school boy stuff.  In a world of all things digital, where kids experience their adventures via video screen and thumbs, this is a refreshing and nostalgic hands-on guide to everything from skipping stones to understanding grammar, from making a battery to Latin phrases every boy should know.

Several weeks ago, on a slow afternoon, I asked Sean to break out his book and pick a project for us to do together.  He ran to his room to grab it and brought it back, stuck with trading cards and paper scraps throughout, marking all the stuff he wants to do and learn.  And cutie that he is, he's also marked stuff with his mom, dad, and sister in mind:  Building a workbench for Dad, dog tricks for Claire, and growing sunflowers for me.  If you think I may sometimes be bowled over by his thoughtfulness and count my lucky stars that I have such an awesome kid, you'd be right :)

This day, we chose to make crystals.  It's a quick and easy activity... the only bummer is that it requires waiting at least a couple weeks to see the results (which of course I didn't realize before we began). 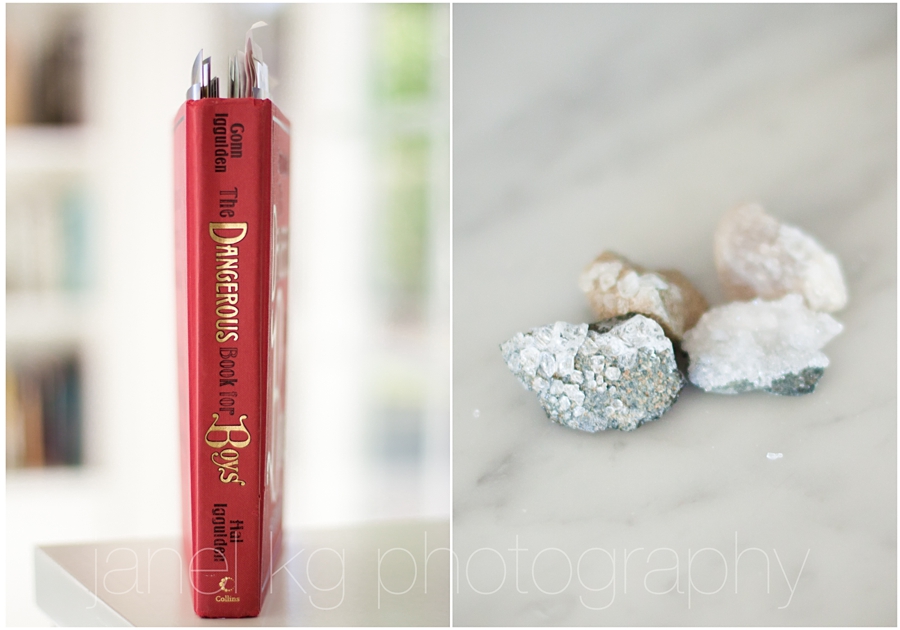 Here's what you need: 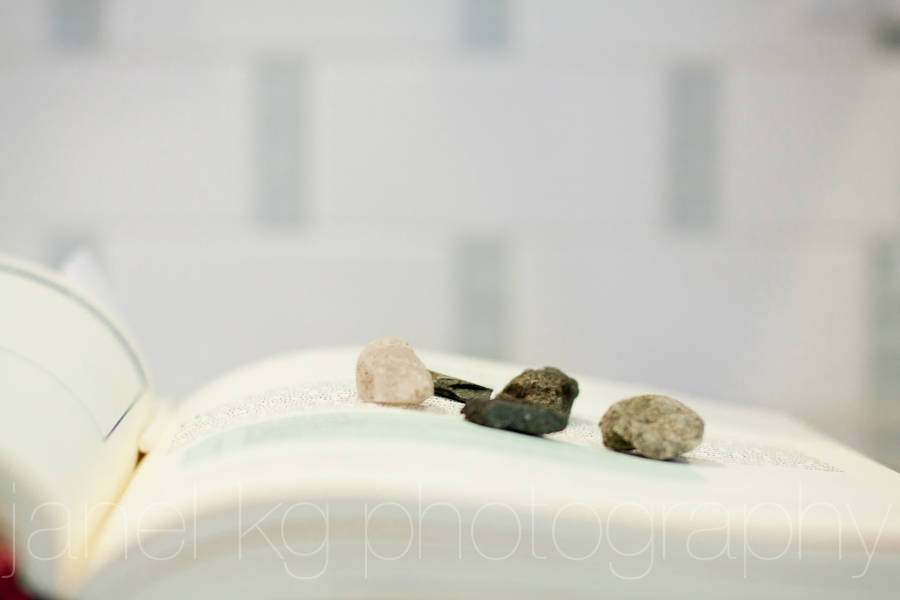 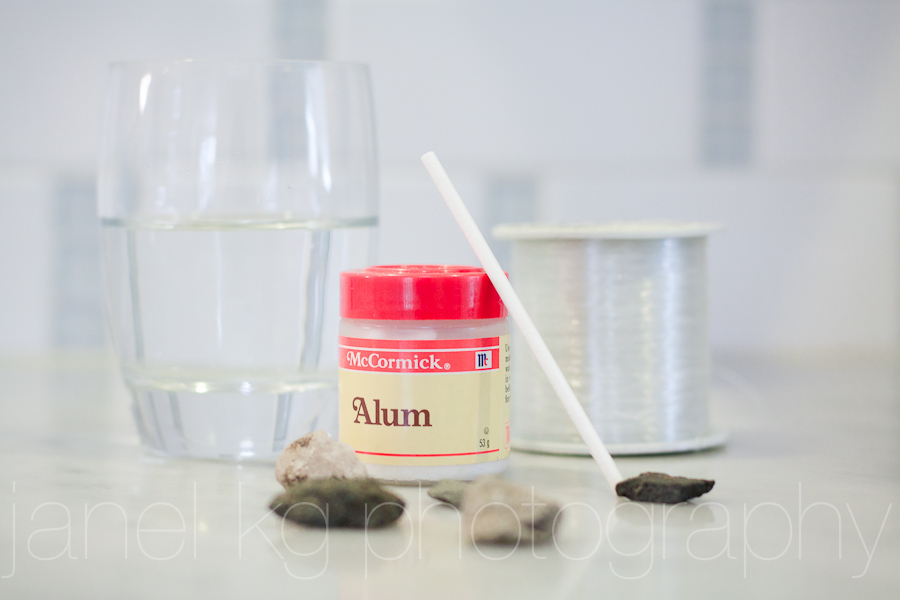 First we went out to the backyard and found our rocks. 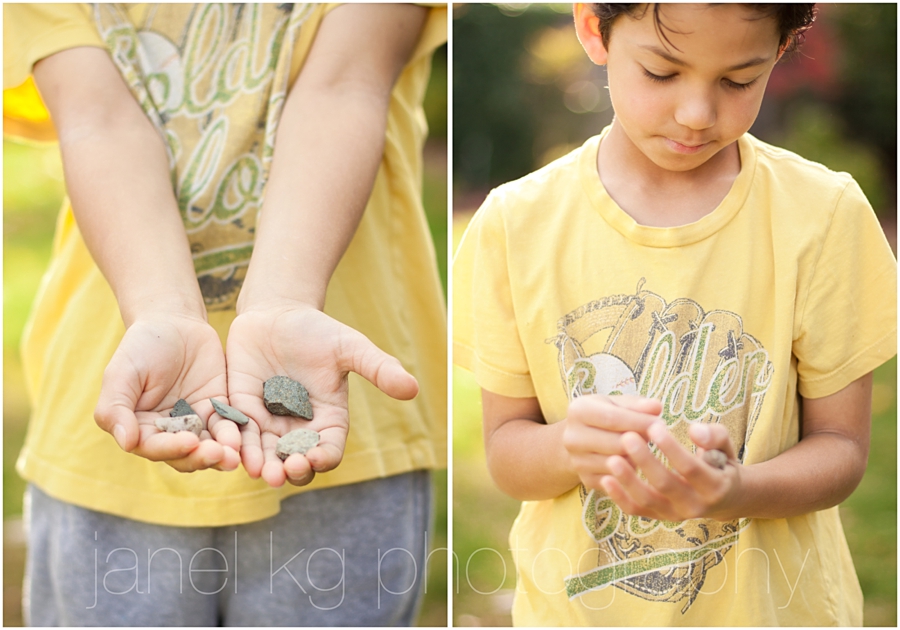 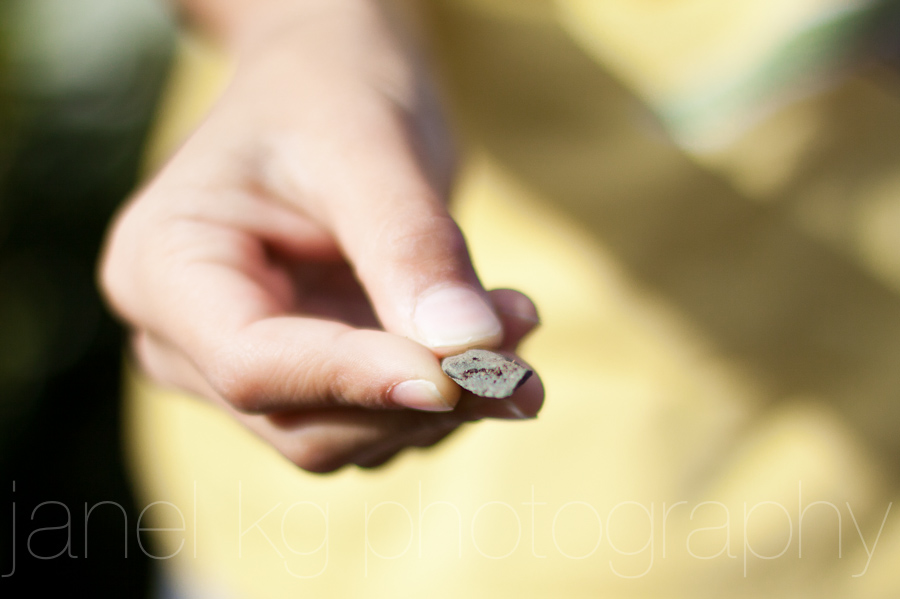 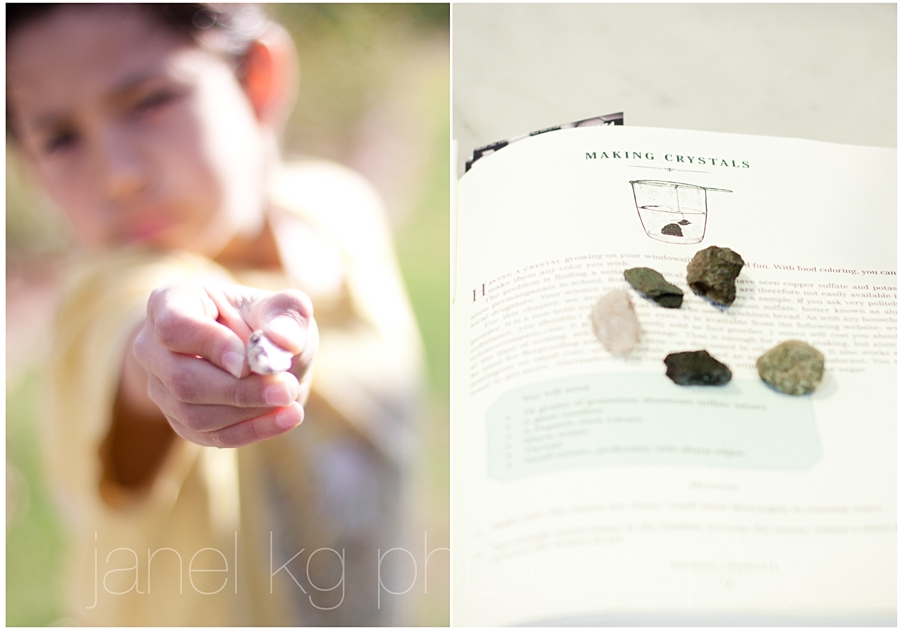 After washing them in the sink, we added the alum to the warm water and stirred super fast with the stick until it was dissolved. 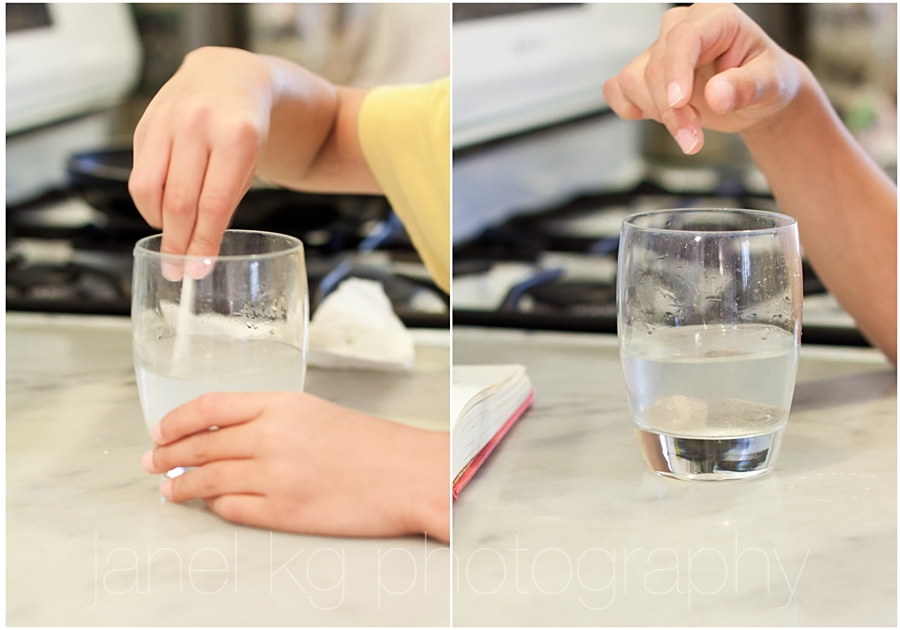 Then we tied one end of the thread around one of the stones and the other end around the stick and lowered it into the glass, and simply dropped the other stones in. 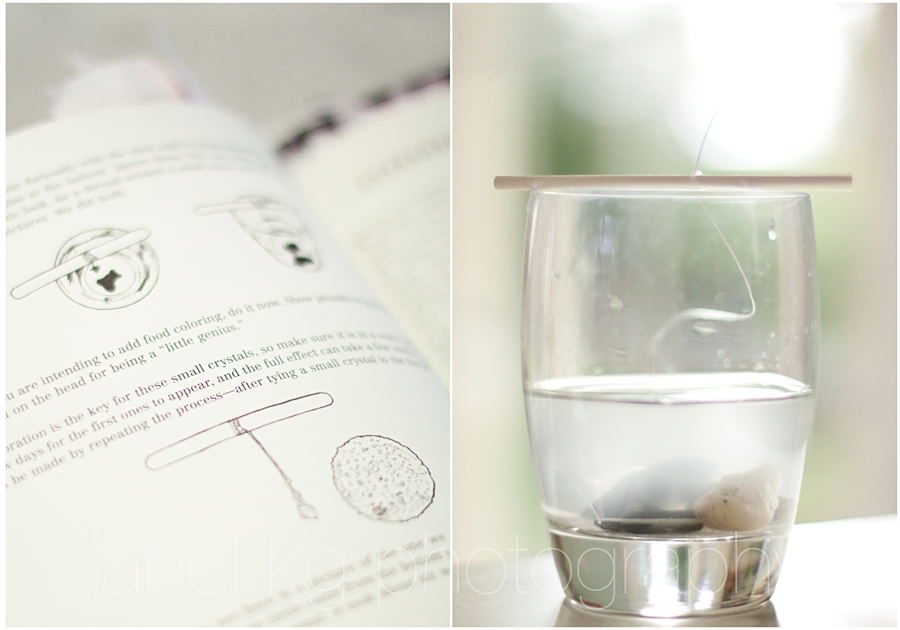 After putting it in a sunny spot, we simply waited for a few weeks and tried to be patient.  I think we could have left it longer to allow bigger crystals to form, but it's still pretty cool.  And, besides, the coolest part was doing the project together! 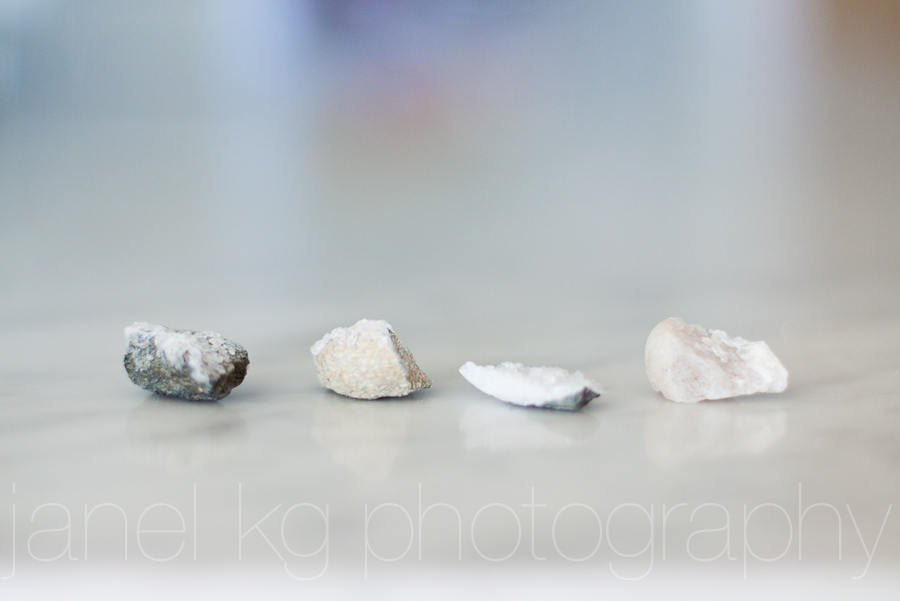 BTW... I think it's a great book for girls to read, too, and there happens to be a girl counterpart,  The Daring Book For Girls by Andrea J. Buchanan and Miriam Peskowitz, that's also packed with it's own set of equally fabulous stuff.